A real job at last! No more Call Center crap; what losers there, on either side of the phone line with their yack, yack, whine, whine. My new boss Bernie didn’t just run a sanitation company, but a Cadillac Service specializing in garage, shed and basement cleanouts. He said the last outfit these guys employed were run out of town or something. Too bad for them, great for us coming into a new territory and all. ‘Basement cleaning could reveal bad infrastructure and other perils’ according to the training video. Got it.

Apparently, the client told Bernie to have the pallet of supplies sent to the basement because that’s where the note stuck on the heavy iron front gate said to go. Who leaves their basement door open? Anyway, I found the sorry-half-busted pallet with splinters all around it and got my mop and bucket. No hauling out trash bags as the place was empty except for the long pulpy drip lines on the walls and a big pile of sticks under the stairs. I’d just bundle the sticks up and put them on the pallet before I leave. 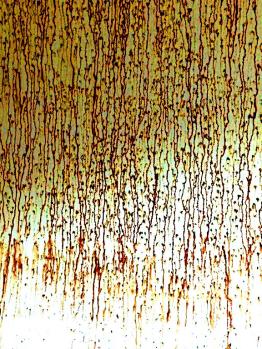 The basement was more like a huge tub with a drain at one end. The cleaning challenge was what must be drips from rust because it was that deep brownish red. And good grief, the constant echo of buzzing flies! That’s what they get leaving that door open, I could’ve told them. I got the hose hooked up and filled my bucket. After checking out the darker end I walked back to see my own footprints. Crap! I’d have to hose my boots off good to keep from tracking up my car. 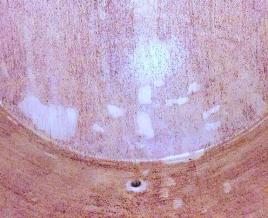 I gloved up and tried the soapy stuff first. It hardly made a difference on the drips but sure made the floor slick. The bleachy stuff did better, and the strong odor overcame the rotten smell. I got a couple spots mopped off to gage the amount of effort I’d have to put into this job and turned to the bucket for a reload. There stood a pale guy in a black suit.

“Sir, I estimate four hours minimum to get this done. Did you recently have a flood to cause …”?

In a second, he stepped up and backhanded my head; I fell to the floor and felt a sharp pain in my left arm. Crap! He towered above me and leaned far over to bare the most awful fangs at me. Holy Crap from Kingdom Come! 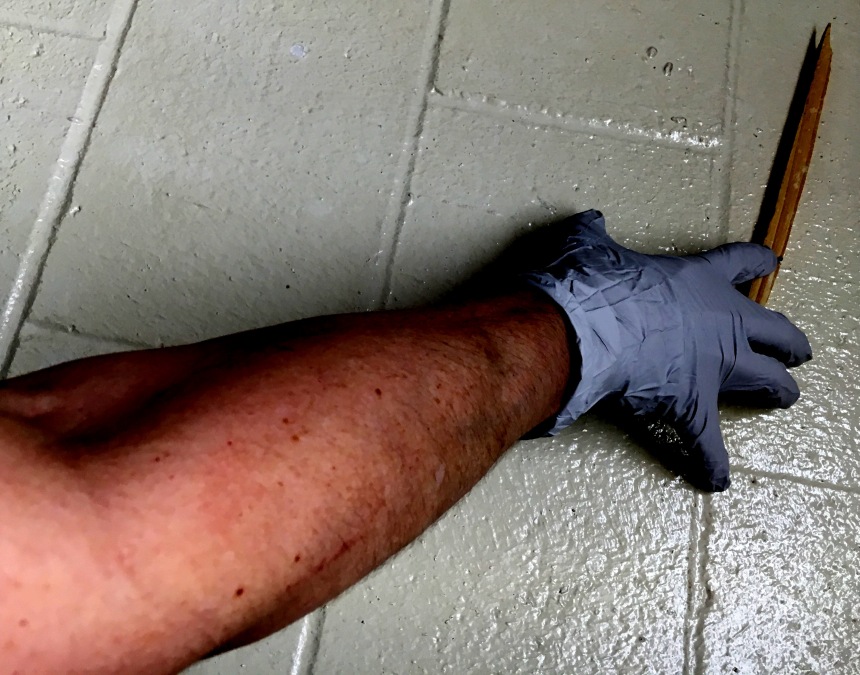 I grabbed for the biggest splinter I could reach while kicking at one of his shins. He landed on his butt and tried propping himself up with his hands. Ha! My rubber gloves didn’t slip on the soapy floor! I landed on him with a knee in his gut. I reared my arm back and saw his bloodshot eyes bulge as I drove the splinter into his heart.

I sat back and caught my breath. Would only a couple inches of such a skinny stake into his chest be enough? Should I go ahead and clean so I can get paid? I glanced over at the sound of slow steps on the stairs. I ran out the utility door cradling my arm. Those complaining callers seemed not so bad, comparatively.

2 replies to A Splinter in Time 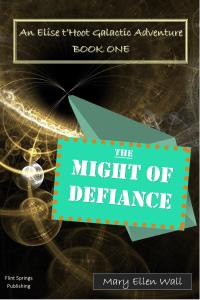 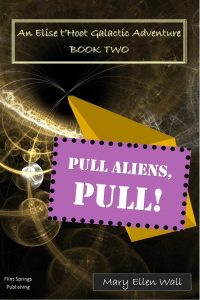