I’m getting my dear Science Fiction series back on track and want to make sure I have a good cover.

It’s the next century. A Dutch illegal girl who needs college money signs on a military ship to colony planets where climate refugees and dissenters are sent. Book One is where they stop over to clean-up an old Dutch exploration ship’s mess. Little do they know the Dutch ship crashed into an alien’s ship…

The following books of the Elise t’Hoot Galactic Adventure series tell how she and the tree-like aliens transform the ragged, neglected colonies – and much, much more. Especially after they make friends with an alien AI. 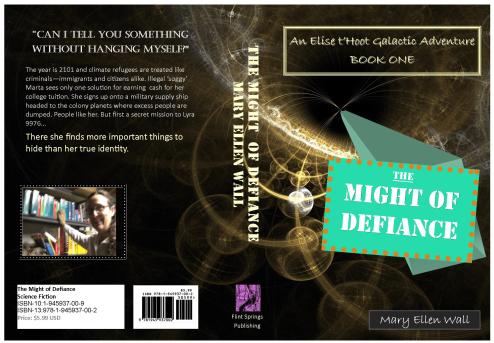 The rest of the series for the TOP choice has all the same background and different colors on the title parts.

For the BOTTOM cover, each book had a different NASA starry background.

Just leave a comment either way! And THANK YOU!