At the first glimpse of dawn’s rays, Cedric came to the Ag bench to find complete disarray 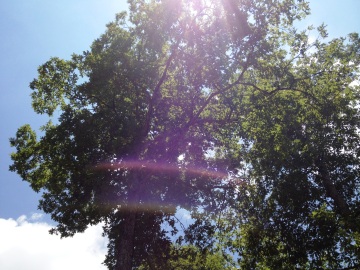 and nobody present. He wanted to get an early start with his investigation of the crash site and came to ask San Luis along to spite the Commander. The whole cabal of them was missing from the Portico, but those odd trees were blocking his way to check the pod; the door stood ajar but he saw no sign of movement. Did they bunk in there last night? He scanned the tree line, unwilling to wander around in there on foot on the chance of finding someone. Without Marta or anyone, the tree things worried him; he couldn’t shake the idea they knew he’d spoken out against them.

It took Cedric a second to separate the voices in his head from an external one, to realize a soft, treble voice spoke. “What?” He shifted to find the speaker, but had trouble picking him out from the shadows of stacked equipment and materials.

Thao stepped into Cedric’s sight, off to the side and still in partial shadow. “I hope I do not unwisely intrude.”

“Tomlinson? Confounded? I surely am, but I am unclear of your interest in it.” He crouched to see the man eye to eye, but regretted it as he thought about how to stand up again.

“I have many interests. One that applies now is that you are at a crux of the fervid beliefs of the two factions among us. In common parlance you ride the fence that divides two camps and when you finally choose a side, you will impact the balance in a far greater degree than your current status would suggest.”

“I am aboard with you for all this time and the first thing I hear you say to me is an embroidered commentary about my balance. What do you mean by this, sir?”

“I mean to unbalance you by my intrusion,” he said, with a fluting lilt, “and so help you to choose the side you fall into, instead of watching you fall by the whims of circumstance.”

Cedric was more confounded than before, which irritated him. “What business are my choices to you?”

“I am not accustomed to civility, so I will forge ahead to ask you what your plans are toward the Lady’s project.”

“I would not have expected you to discuss such a matter on the comm.”

“I appreciate your discretion. The communication signals are disrupted in this area. We may speak freely.”

“Fine, then. You mean Marta and her disastrous scheme of bringing trees and Heaven knows what to Tenembras? No good can come of it. Authorities will shut that down before any potential contamination can reach the biosphere. I have told her that. What, were you lurking in the shadows then, too?”

“Sir, do not confuse your hostility toward my appearance or style of communicating with the line of inquiry. There are important issues here that go far beyond my part.”

“You think I’m wrong about the trees? I could tell you I’ll reconsider, but the fact remains that the deal is dead before it begins and that doesn’t even touch the ‘other’ issue.”

“If so, why do you struggle with your conscience?”

“Whoa, who said anything about conscience? My conscience is clear.”

“You could have the aliens exterminated like so many vermin, crushed underfoot and maintain your fine sensibilities?” 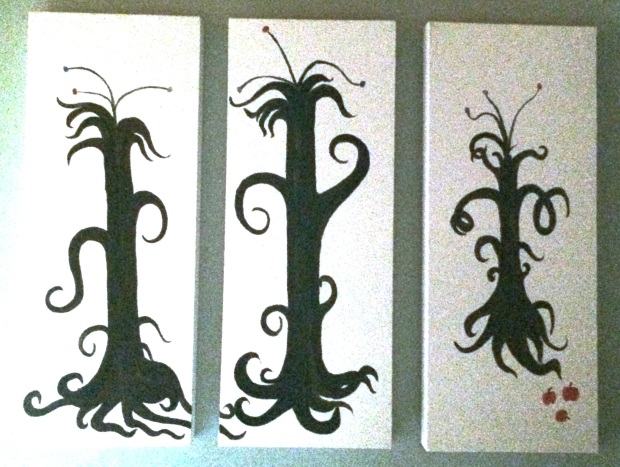 “You don’t believe that rot about some of the trees being aliens? Come on, man, there are some freaky trees that will be cleared off with the rest. Period.” He looked nervously over to the trees that seemed more unsettling in the growing light, seeming to stir out of time with the breeze. How did they come to gather around the pod?

Thao did not reply, but stared implacably at him at him steadily, silently.

He refocused on the enigmatic Thao. “You believe they are intelligent aliens? That changes nothing. The fate of humanity is at stake and the authorities will not take a chance.”

The little man remained silent, gazing through the shadow.

Cedric fidgeted, becoming more and more anxious to get into the waiting buggy and be off. “No one knew about any of this alien business before we arrived, so this has to be some kind of one-off speculation. If they are aliens, they aren’t native to here and this isn’t a civilization.” He spoke aloud to prioritize the line of thought that sought his inner motivations, the voice in his head that was so often drowned out, the one that grew from his own self. It was proving elusive. “You’re a linguist, what is your interest in this in the first place? This is a straightforward biosecurity deal that you need not become involved with.”

Thao faded back into the long shadows with Cedric unable to follow by sight or sound. He shuffled around to face the pod and fell forward, palms to pod, so he could walk his hands up the side to stand. Then the pod door at the end opened wider and the tree-things parted for San Luis to pass.

“Hello, San Luis, have you seen Marta?” The moment he asked that he was vexed for not asking San Luis to join him on the investigation.

Miffed at the man’s clearly obstinate stance, Cedric decided he would not invite San Luis along after all; he could well do the job by himself. He might have a quick word with Marta, though. Might she like to join him? A basic part of him warmed to that concept, bringing her to the wreck site so they could peruse it together and he could make amends, discussing what clues they could tease from the debris could allow them to at least speak to each other again. “Well, sir, which way is she, I’d like to talk to her a moment.”

“What do you mean, ‘no’? I want to see if she’d like to accompany me on a survey, I have use of the buggy.”

“No. She has not the time or the energy to fight with you today. Go fight with the trees and try to hurt them. They too will soon be gone forever and I know you would be sorry to miss the chance.”

Cedric stood dumfounded with anger boiling up. “You sonuvabitch, you get out of my way.” He tried to slide between a bench piled with parts and his adversary.

Barto picked him up, mashing Cedric’s forearms against his ribs, and threw him bodily against the pod, his back impacting hard and his helmet clanging loud. He slid down and landed hard on the packed sand.

Dr. Cartier tore around the door, hand gripping the door edge to maintain equilibrium. “What is this? Stop it this instant!”

“Dis flaco always come here to fight. I say no, not dis time, Marta is busy.”

Cedric pushed his back up the hull and raised himself on shaky legs. He shook his head as briskly as he could with the damned helmet to settle the reverberations in his skull. “Dr. Cartier, there is no reason for this person to …”

“Stop! Mr. Crannog I have to agree with Barto. Every time you leave Marta she’s distressed if not in tears. I won’t have it sir, I will not. I’m sorry, but please go on your way right now.”

Cedric stopped the impulse to brush off and sneered at the staring fools. He pushed his hands out, arm muscles tensed hard as if trying to fend them physically until he got by them; with clenched fists and jaws he marched back to the Portico to get the buggy. 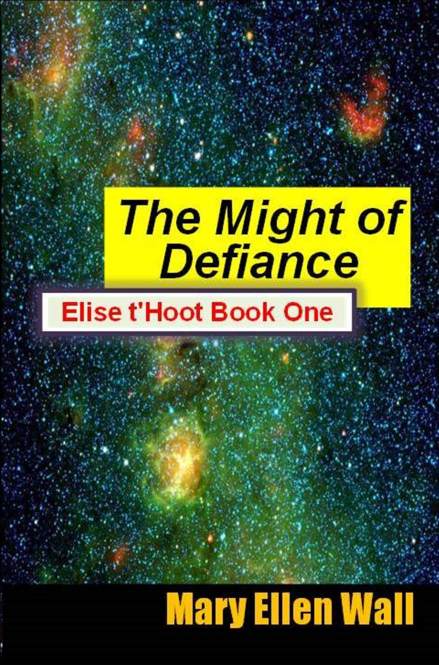 on screen the next second.

“Sorry it shows. I had a dust up with that San Luis.”

“It’s not Earth, is it? He can push anyone around here he pleases. All I wanted to do was talk to Marta.”

“And her bodyguard wouldn’t let you. I’ve seen some things on this monitor here. See?” She split the screen and showed triple-speed scenes clearly showing the moving trees around the Ag area. She inquired sweetly, “What are they doing back there?”

Even with the altercation hot in his mind, he could not freely expose them more. “I could explain some things personally, but not over the comm.”

“See that purple button on the right side? No, higher up. Yes, press that and hold it down. Now it’s just you and me.”

Either he trusted her or not; his control over his reason was tenuous. “I think Cartier is helping her get specimens against the express orders from Ms. Jones. San Luis is egging her on. The aliens are helping load the trees. I tried to get her to desist before she gets into trouble but she won’t listen!”

“Now, Cedric, she’s a smart girl.” Olivia’s voice cajoled him, trying to exert a calming influence. “Don’t you think she’s considered her risk and decided whatever she’s doing is both possible and worth it?”

“They won’t let me back there and they won’t allow me to talk to her.” He worked at keeping his jaw loose enough to talk and concentrated on keeping the purple button down.

“You have greater success finding out more by being sweet than antagonistic. Have you listened to her logic? To understand what she’s trying to accomplish?”

That hit him harder than San Luis’s blow. Part of him cried out but another part beat it back. Cold and acute, he told her, “I am amazed you are siding with her without even knowing what she’s into.”

She seemed taken aback. “Crannog, I am amazed you are siding against her without even knowing what she’s into.”

He released the purple button and turned away.

From The Might of Defiance get it on Amazon today! You may need to copy and paste the link…

The Might of Defiance: Elise t’Hoot Book One
by Mary Ellen Wall
Amazon Kindle Link: http://a.co/1TKrMMw