Do you think he sees a bear?

Yippee! I got the Kindle Creator Beta Kindle Direct Publishing to convert the eBook

version I went over with ProWriting Aid ( https://prowritingaid.com)  and formatted with The Book Designer 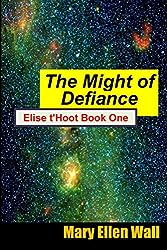 For eBooks to everybody except Amazon, I’m going with Pronoun ( https://pronoun.com/). I used Jutoh ( http://www.jutoh.com/index.htm) to convert my interior files to EPUB and do the verification check…it took me a while to get it adjusted right and fix the errors (EPUB doesn’t like ANY dashes). And cover files, boy have I been ’round and ’round with the cover files being high enough DPI, low enough kbytes, good enough resolution on all elements and even the proper physical dimensions.

Speaking of cover mayhem, I got Ingram Spark (ingramspark.com) to accept my cover changes and VIOLA! VIOLET! VOILA! Sentimental me, I put the eBooks on instant sale but the print version doesn’t go live until my birthday on July 9th.

I have learned just about enough to bust open in the last few months – good thing I have a good sewing machine. Now that I’ve bought and downloaded and learned and studied more, I should be able to get the next volumes of the  series on the billboard much more efficiently. BTW I think each subsequent book is brighter than the sparkling gem that went before it.

What could go wrong now? I already bought a boatload of ISBNs from Bowker  (http://www.myidentifiers.com) and have the Library of Congress as a favorite. I have the templates for formatting and the lifelong subscription to the editing program.  Oh crap, I didn’t knock on wood….

Your EPCN application for a Library of Congress control number for

was successfully transmitted to the Library of Congress.

Maybe it was the relief of Christmas obligations being over. Perhaps it was the end of the frantic push to get things done before the end of the year. I got the hood, tire and headlights fixed on the Subaru, that had to help. It could also have been getting a second four-day weekend so close upon the heels of the last that it felt freer, like a holiday. I had river of inspiration in full spate coursing through my noggin, much like the Wild Branch out front that overflowed its banks and chewed on the gravel road.

As I have not sent my 6th t’Hoot Sci-Fi book to the Editor yet, I took the opportunity to tweak it a bit and augment the ending. That book is now the last of the Elise t’Hoot series, the end of an age. I still love Elise, Ricky, stalwart Bartolommeo, that rascal Alvin Wing and the others; they feel like family. The new series will

We remain in the paradigm of 100 years into the future, Earth in climate turmoil, governments holding tight reigns on the weary population and efficient space travel a reality. In the new series, we drop in on an asteroid mining operation out past Mars. Otto is a new Mechanic. Socks is a Chemist. I drafted the first book in which they both are nearly killed. Otto’s stepmother ET almost met her demise there doing the same job a few years before. Had ET not self-published some smashingly fine science fiction that sparked popular movies, Otto and Socks wouldn’t have had a chance. Except the main contributor to the danger was a guy who literally lived the movies.

I sat back dazed after drafting that story out.  Something NEW! I hit “save” over and over. I backed it up on two different thumb drives. Then I wrote up eight more storylines with those characters and put them in three categories at around one in the morning. I’m excited that I like the characters, I like the story and it feels so durned good to have released that dammed up imagination. The words of the draft poured out in a steady stream, clear water from a crystal ewer.

It seems these books will be much shorter than the intertwined storylined grand t’Hoot books. I will indeed use my new templates for the cover and interior. I will start with e-books only and print maybe two or three to a book later. Might I also create my own publishing imprint? The pearl in the big gooey oyster really seems within my grasp. Wow!

Here’s my first stab at the cover art for the new book. If I don’t get excited about all of  it, who would ?

I have a full almost 400 page sci-fi adventure that I thought was ready to go to the editor. Since the editor won’t be able to get to it until

Spring, I figured I had time to give it one more read-through, look for story flow, detect any silly things I missed all the previous times I went through it. It’s well known that a writer has a miserable time finding fault with something she’s written.

First and foremost is the fact the author knows the story and automatically fills in the holes anyone else might see in the plot, the motivations, the backstory. ‘I know what I meant to say.’ Another issue is that I’ve seen it all so many times now, it’s tough to read each word carefully. The good thing is that it’s been eight months since I finished the last draft of this one and it’s not nearly so familiar now.

So I get through the first dozen chapters, happy, and hit an idiot passage. The crew on the alien planet splits up for no good reason, in fact it’s dumb for them to do it. Okay, I put them back together. I rewrote the entire chapter. Read it. Tweaked it. Read it. Vowed to look it over again later. Moved on.

Next was a glaring style difference. I do my first drafts quickly, just writing down the gist of the story, to establish the story structure. Then I go back and record what the characters had to say and do to get each part done. The result is that dialog and action carries most of the story and takes up most every page. So here goes little Aroun, in a dangerous situation, performing an important part of the story arc. And he didn’t have one thought. The entire chapter was ‘he did this’ and ‘he did that’. True, if you’re sneaking you might not talk to yourself. You would feel nervous, maybe afraid, you’d get hungry, you might worry about surveillance catching your breathing. Poor Aroun’s ordeal chapter came across very different than any other chapter and he was severely short-changed emotionally. Okay, fixed that. Read it. Tweaked it. You know the rest.

This reminded me of this year’s ale batches. They all seemed fine when I capped each bottle and smiled. It’s much later when I discovered I didn’t do it quite right. Comparatively speaking, I do believe the book is much better written than the ales were carbonated.

You see it everywhere now, crowdsourcing. First it was cool new inventions that needed start-up cash, then struggling artists that needed a good push toward stardom, and always charities. Now you see people wanting you to fund what used to  be regular expenses. A guy has to fix his truck. This girl always wanted a horse.

of a book with unknown quality. I’m a big fan of self-publishing, all my books are that way. Right now, I have a great deal of anxiety over whether I can afford to enter a prestigious contest – one that will also judge my five books as a series. It would boost my credibility and maybe encourage a few book buyers. If I won. Hmm.

I have not been able to afford professional editing of any of my books; I would love to but that would run thousands of bucks for each one. A substantive edit is heavily pushed at Indies, I am bombarded with smiling Editors who assure me their service will make by book shimmer in

perfection. My cover designs rely heavily on royalty-free photo sites, not the dazzling Graphic Designer outfits that lay on heavy persuasion that the cover is the BIG THING.

I, like a multitude of others, abhor spending my time and money of a book somebody slapped up on Amazon with little or no editing. I have been burned and am very wary now. Some covers look like grade-schoolers did their darnedest. You can’t even trust the reviews because unscrupulous authors buy them by the hundred – a practice Amazon is now cracking down

on. To avoid that pitfall, I studied hard and used local amateur editors. I edited several times over the span of months. I paid for cover design. To validate that approach, I have won or placed in several contests, though none for cash prizes.

Should I get on IndieGoGo or some other site and explain that my books show what happens when the climate changes, how it affects the folks a hundred years from now, about how desperate people make bad decisions? My books will enlighten the public! Give me $10000 to get Cadillac

editing and a professionally designed cover! Give me marketing funds! Give me the moohlah to enter big-time contests…

I can’t see doing that. Perhaps I’m too independent or too proud. I did order a complete set of my books to send to that contest. Maybe I’ll win!